The materials of the investigative-operative group of the Ministry of Internal Affairs, which completed the pre-trial investigation into the mass death of fish in the Ural River, were at the disposal of “Ak Zhaiyk”. The capital investigators have established direct involvement in the environmental disaster of the Atyrau Su Arnasy Communal State Enterprise (Atyrau Water Authority). This document has not yet been endorsed by the leadership of the Ministry of Internal Affairs however it is unlikely there will be significant changes.

According to the forensic-ecological expertise, the cause of the fish death in the Ural was poisoning with the highly toxic substance – chlorine, which led to impaired respiratory function.

For the period of December 3 to December 13, 2018, the chlorine content in the Ural exceeded the maximum permissible concentration by 1.9 times – the standard for fishery bodies is 300-350mg/l, the levels of chlorine at the time in the river was 540-555mg/l).

Investigators established the source of chlorides and free chlorines was contained in wastewater (officially called conditionally clean), discharged into the river by Atyrau Su Arnasy.

This was determined by the following data obtained during the investigation:

According to the conclusion of experts of the industrial safety department in the Atyrau region (dated March 2019), one of the components of water purification in the Atyrau Su Arnasy group is liquid chlorine (classified in the 2nd hazard class of hazardous substances). Calcium hypo chloride is also used for disinfection after rinsing and filling of the sedimentation tanks with clean water.

In addition to the chemical discharges and the pollution of the river, the investigation revealed numerous violations in the Atyrau Su Arnasy technological process which, the city investigators are asking for the attention of the heads of the ministries of energy, health and agriculture.

WHO IS RESPONSIBLE FOR ANALYSIS OF DISCHARGES?

In particular, it is indicated that local officials of territorial divisions did not take timely preventative measures, did not suppress the uncontrolled activities of the enterprise even though there were signs of violation and non-compliance with environmental safety standards. No one checked compliance against the norms of dosing and the use of chemicals.

The moratorium on inspections of enterprises, which local regulatory authorities refer to, was described by investigators as “inappropriate when it comes to ensuring the environmental safety of the whole region”.

There are more hazardous chemicals in use by the Atyrau Su Arnasy for water treatment; Analit, which contains CHCI3 trichloro methane (chloroform) as well as traces of bromodichloromethane CHBrCL2 (a poisonous carcinogen, hazard class 1), which have a detrimental on the environment. Investigators claim that there was no control of the circulation or use of Analit which was dumped into the river.

In addition, calcium, magnesium, sodium, zinc, sulphur, strontium, barium, potassium, manganese, silicon, boron, copper, iron, and phosphorous were found in the composition of studied objects – water, ice and sediment. These chemical elements are not specified at all in the conclusion of the state examination of maximum allowable discharge “Atyrau Su Arnasy”. Where did they come from?

The laboratory of the enterprise carries out sampling and analysis of water samples in order to establish its qualitative composition for some indicators, including chlorides, however, in CHP, the content of free chlorine in the discharged water is not controlled, although it was found at the place of discharge to the river in the amount of 0,15mg/dm3.

There was no constant control over the discharge of chlorine into the river from the department of public health in the Atyrau region. 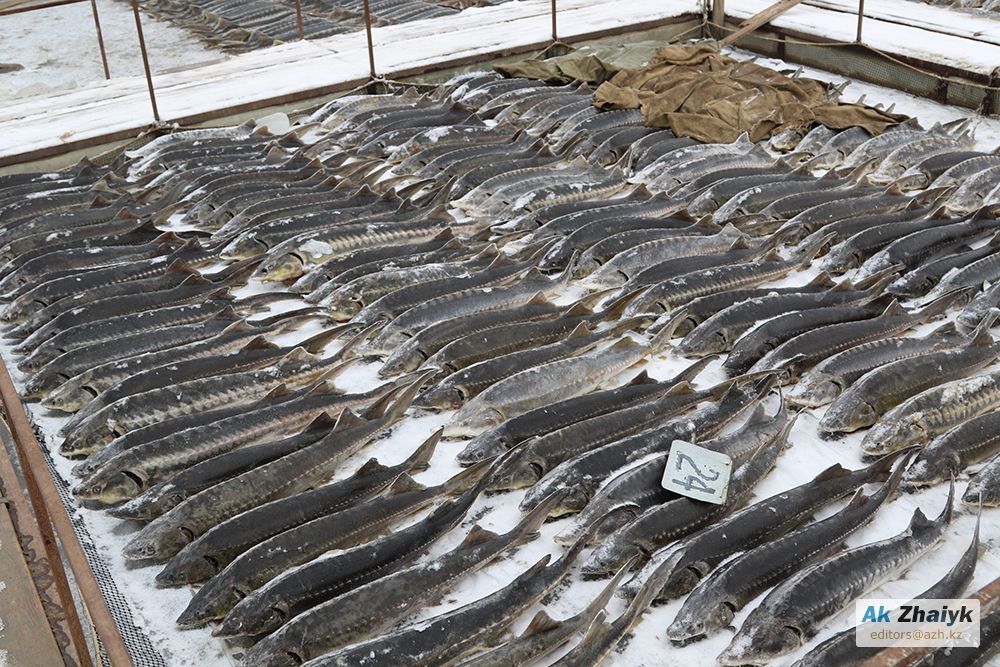 Experts noted that free chlorine with an unregulated discharge into natural water bodies leads to the rapid mass death of fish. At the time of the incident water was covered with ice so its volatile properties decrease, but it is carried over long distances.

To conceal the over-limit discharge of waste water with chlorine impurities, the company provided inspectors with falsified water accounting logs.

The materials of the investigation also mention the responsibility of Atyrau region Akimat, which is in charge of the Atyrau Su Arnasy. ASA executives revealed during the investigation that, due to the lack of funding over a prolonged period of time, a station for cleaning sediments was not built, which would have reduced the risk of environmental hazards.

With the correct processes in place and with supervising state bodies taking the necessary and timely measures, it was possible to avoid the negative consequences for the environmental safety of the Ural River.

Conclusion:  the mass death of fish in the Urals occurred as a result of anthropogenic (human) impact and the lack of proper control of government agencies.

Perhaps that’s why for the past 6 months there has been a careful avoidance of attributing blame for this environmental disaster. According to the investigation, responsibility for the discharge of chemicals into the river lies clearly with officials. It will be interesting to see if any of these officials will be charged or will an water treatment engineer become a scapegoat.

Just few days ago the state procurement website announced the upcoming purchase of  120 tons of 98.8% liquid chlorine amongst other reagents by Atyrau Su Arnasy.  Let us remind you, that valves are still in emergency condition…