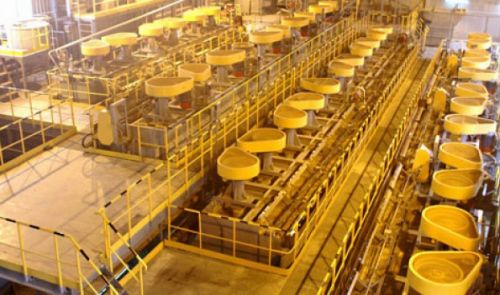 The IAEA Board of Governors approved an agreement with Kazakhstan to establish and operate in Kazakhstan the IAEA Low Enriched Uranium (LEU) Bank, the Ministry of Foreign Affairs of Kazakhstan said June 15.

The Bank will host a reserve of LEU as an assurance of supply mechanism for Member States in case they cannot obtain LEU on the global commercial market, through State-to-State arrangements, or through any other means.

LEU is used to make the fuel that powers most nuclear reactors around the world. The IAEA Board also approved a transit agreement with the Russian Federation for the transport of the IAEA LEU through its territory to and from the IAEA LEU Bank.

“The conclusion of the two agreements, with today's approval by the Board of Governors, represents a significant milestone for this important project, enabling us to proceed to full-scale implementation," said IAEA Director General Yukiya Amano.

The IAEA LEU Bank will be a physical reserve of up to 90 metric tons of LEU, sufficient to run a 1,000 MWe light-water reactor. Such a reactor can power a large city for three years. The IAEA LEU Bank will be located at the Ulba Metallurgical Plant in Oskemen in northeastern Kazakhstan. The Ulba plant has been handling and storing nuclear material, including LEU, safely and securely for more than 60 years.

The IAEA LEU Bank is fully funded by voluntary contributions, and has no impact on the IAEA's Regular Budget or other activities. Donors have provided approximately US$150 million to establish and operate the IAEA LEU Bank for at least 10 years.