Condolences from Around the World on Russia's Day of Mourning

Russia declared November 1 a day of mourning after the plane crash in Sinai that killed all 224 people on board, while people all over the world also express their sadness.

People around the world shared their sorrow for the 217 passengers and seven crew who died when the Russian Kogalymavia airliner crashed in the Sinai Peninsula. The Airbus A321 crashed en route to St Petersburg from the Egyptian tourist resort of Sharm El-Sheikh. The disaster is the worst air accident in the history of Russian aviation, and Russian President Vladimir Putin declared November 1 a day of mourning in Russia.

Russia's grief was shared by people around the world, who showed their sadness at the accident by leaving flowers, candles and cards at Russian embassies.

On Sunday, President Putin gave thanks for the expressions of solidarity Russia received from international leaders, who called the president to give their condolences in the aftermath of the accident.

Residents of St. Petersburg took flowers, candles and toys to Pulkovo airport, where the plane had been due to arrive back on Sunday. 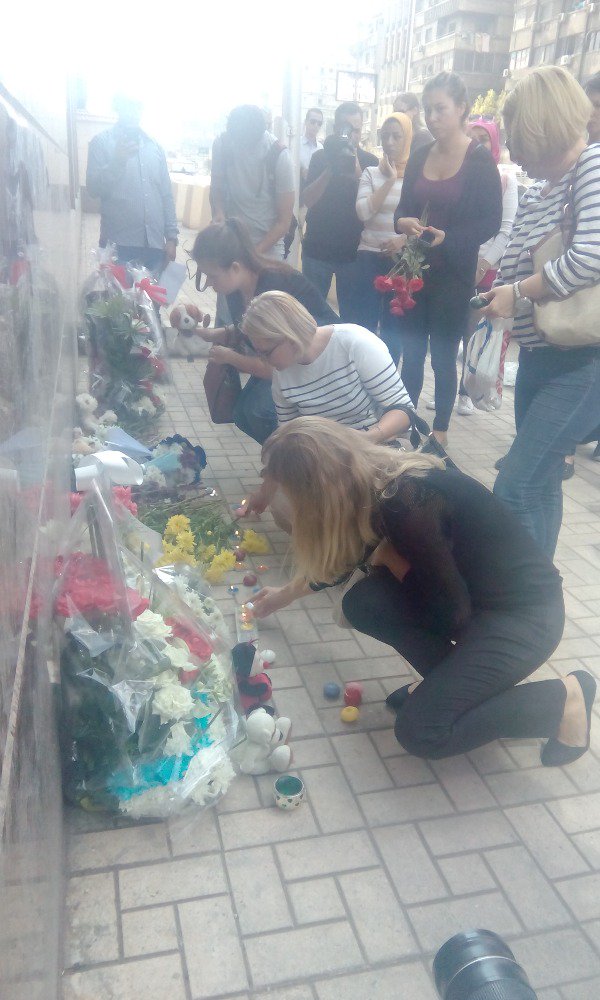 Russian compatriots left flowers at the Embassy's wall in Egypt.