According to your observations, has there been an increase in prices for food products by more than 20-30% since the beginning of the year?

New Minister of Education and Science proposed to teach math’s and other technical subjects at schools and universities in English (similar to Kazakh-Turkish lyceums programs), otherwise we will be behind the whole world. Do you agree with it?

In your opinion, is criminal prosecution of Seitkazy Matayev, the chairman of the Kazakhstan Union of Journalists, the president of National press club, is a frame-up case?

Do you remember the surname of the deputy of the regional, city or district maslikhat whom you elected from your election district?

Nursultan Abishevich announced that he personally checked and was convinced that the prices of essential food items became even lower compared to the last year's prices. Is the situation in the markets and shops where you go similar?

Elections to Mazhilis (Parliament’s lower chamber) and Maslikhats (local councils) are scheduled on forthcoming March 20. Will you vote?

Are you expecting improvements in the economy of Kazakhstan this year?

Have you got savings of more than 300,000 tenge. If yes in what currency are you keeping them?

Kazakhstan is up to adopt Patriotism Act. Possibly it’s a coincidence that a similar by name act had been adopted in USA after the 11 September 2001 tragedy which virtually legalized phone-tapping and spying on all Internet users. In any case, are you happy your civil rights being limited in return for safety?

The president of Independent association of businessmen Talgat Akuov suggests to introduce single currency - rouble in 5 EAEU countries (Russia, Belarus, Kazakhstan, Kyrgyzstan and Armenia) in order not to waste 15-20 years for creation of single currency, as it was in Europe. Would you like such a gift for the new year?

Do you know the anthem of your republic? Can you sing it in a state language with the same inspiration that is sung by our famous athletes or kindergarten children?

Is the reduction of staff and working hours or salaries taking place in the organizations where either you or the members of your family work?

President instructed to remove “Integrated Accumulative Pension Fund” out of National Bank’s control and in 2016 to transfer pension assets to the management of private Kazakhstan or foreign companies. Is this a correct decision?

On December 1, the country has a holiday and celebrates the Day of the First President. Will there be a worthy replacement found for Nursultan Abishevich?

It is expected that as of next year the price of ordinary loaf of bread will increase up to 100 tenge. Can your family budget endure that?

New Chairman of National Bank let tenge “float freely”, in this regard, your forecast of dollar exchange rate for the next few months:

After two scandalous criminal cases where the son and the father, the Governor of Pavlodar Oblast, are involved, does the latter have moral right to continue to hold his position?

The head of National Bank admitted that during a short period of time banks received 2 trillion tenge (one of sources is ENPF - Integrated Accumulative Pension Fund) that they bought dollars with. The next trillion tenge from pension fund of Kazakhstan citizens they promise to spend "correctly" – to aid state companies and again banks. Perhaps, it is high time for this government “to retire with a sense of a job well done”?

President Nazarbayev stated that from lowering prices on oil, metals, coal “A real crisis is coming, much stronger than in 2007-2009”. Could Kazakhstan have avoided that?

In Kazakhstan they started to release convicted inmates who were condemned for not so serious crimes (theft, robbery, homicide by negligence, etc.) before expiration of their prison term. Conditions for consideration of a case in court are as follows: certificate of good conduct from prison administration, compensation of damage to victims and payment of about 180 thousand tenge into state budget for every year of an early release. Do you support this innovation in the law?

Maslikhat Deputy of South Kazakhstan Oblast (Region) Amanulla Ramankul proposed to resolve the issue of wedding motorcades with paid traffic police cars’ escort instead of putting under a ban. Are you for it?

Giving his speech in New York, Nursultan Abishevich proposed to create supranational world currency and to move UN headquarters from America to Asia. Will the community of nations accept these and other initiatives of Kazakhstan?

Changing the names of the countries in the well-known expression, the Defense Minister I. Tasmagambetov said: “Russia has neither permanent allies, nor permanent enemies – and China is just in the same situation”. Is it true that we are surrounded by "Not quite a friend, not quite an enemy, but just"?

Head of state without any discussion in the society gave the second, informal, name to Kazakhstan – Uly Dala Eli (the Country of the Great Steppe). Do you like it?

President Nazarbayev says people can easily survive without expensive cars, fancy clothes from the West and food. In your opinion, have most of Kazakhstan citizens known, before he mentioned it, that ‘foie gras’ was a fat liver of a goose or a duck?

Free of charge school books are provided to children from poor families, orphans and those left without parental care. The rest are provided too but if available at school libraries. If not, they buy books at shops. 647M tenge were allocated for books this year in Atyrau Oblast. Did you manage to get free/buy full book set?

It is expected that during the forthcoming presidential in September to Atyrau, the governor may be substituted. If this happens, who do you think will head the region?

Is it necessary to hold meetings in your organizations (at the plants, in educational institutions, in the communities) with the groups carrying out information-propaganda activity who do religion related awareness-raising work on the territory of the region?

Right three years ago – on August 15, 2012 – Baktykozha Izmukhambetov was appointed the governor of Atyrau Oblast. What is your evaluation of the work done during his time in office?

Nursultan Abishevich called for overall cost saving. Would you also relate these words to expenses for weddings, anniversaries and funeral banquets?

After years of negotiations president Nazarbayev signed a protocol on accession of Kazakhstan to the World Trade Organization. Officially the country will become the 162nd member of WTO by late 2015. Do you think this is beneficial?

An Internet campaign has been launched in a bid to cancel a communal services decision to raise tap water tariffs by 50% starting August 1 in Atyrau. Do you think this action will be successful?

The President does everything that our country became recognized in the world. In this regard could the expenses for hosting such international events in 2017 such as EXPO and Universiade be justified?

In last year's poll 50% of readers of our website answered that they or someone in their family observes Oraza (fasting). Fasting in Islam this year again fell on the hot period of summer. Do you or your relatives pass through this test of body and spirit? 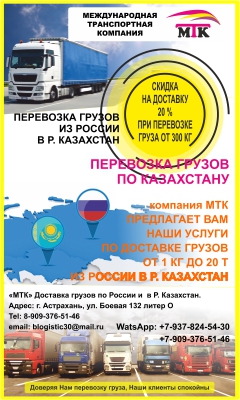